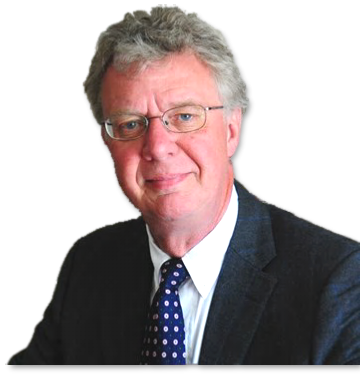 “He is an immensely experienced barrister who has the ability to put clients at ease.”

“Bill was inspirational, I now know my son has a secure future, and I have the strength to carry on.”

“He's a brilliant advocate and
incredibly sharp on his feet.”

“Thank you for introducing some sunshine into our lives and burning off that thick litigation fog! ”

“Instructing Bill on this case was pivotal to the successful outcome that was finally achieved.”

“Bill brings to each case, knowledge, experience and expertise that defendants find difficult to match.”

“Big name Bill Braithwaite QC is considered to be simply outstanding in cross-examination.”

“His outstanding quality is that he cares passionately for the injured client.”

Chambers UK: A Client’s Guide to the UK Legal Profession

“It is impossible to fail to be impressed by the quality
of his approach and analysis of facts.”

“Bill has an acute mind and has the gift of making complex situations appear straightforward.”

“When you work with Bill, you know you have the best claimant barrister in the country by your side.”

“I knew that Joe has been tenaciously, comprehensively and expertly represented.”

“He is really passionate about pursuing
justice for the claimant.”

“He has the ability to put clients at their ease while simultaneously being a fierce advocate for them.”

“I found Bill to be thorough and very good at explaining to my client the expert evidence.”

“We can't begin to imagine what we would have
done without you.”

Client and his family

“It was a bad day when I had my accident but a good day when I met you so again thank you very much.”

“We thank you for your experience, knowledge and understanding at such a horrific time in our lives.”

“May you go on winning battles and righting wrong using the law as only you can!”

“We feel you are a credit to your profession and
always treated us with feeling.”

“We cannot thank you enough and we shall
never forget you, nor will Johnpaul.”

“The final settlement was more than I expected and I can not thank or praise Bill enough for this.”

“Bill gave clear, pragmatic advice and guidance, but he never forgot there was a boy in the middle of it all.”

“I cannot express my thanks for taking the time and trouble to take on my case, and for all your help, advice and wisdom.”

“He combines forensic analysis with a very gentle and caring way with the clients.”

“He lives up to his reputation as one of the leading catastrophic injury lawyers in the country.”

“I am so grateful  - after having been in the
wilderness for many years.”

“Thank you Mr Braithwaite QC... Bill, as you helped me through the dark into the light again!”

I was born and brought up in Liverpool, growing up when the Beatles were there; I did go to the Cavern, but not often. I went to school in Scotland (for my health), and then back to Liverpool University. I didn’t work as hard as I should have, but I did get into the top 10% of students, with an upper second class degree.

I was going to take a year off, because I was a year younger than average, but an opening popped up in my present set of chambers. I was one of only two people applying for a pupillage, and I was lucky. (Just as an aside, nowadays we get up to 600 applications for one or two pupillages).

I got married to my childhood sweetheart (we lived opposite each other in a small village north of Liverpool) soon after I started work, and we have two children, and two, nearly three, grandchildren. We have always lived in the country, and enjoy being out in the countryside with horses (carriage driving), dogs and cats. I've always been mad about cars.

I've been in the same Chambers ever since I started, and have been involved in running them for about 30 years. I've been “Head” of my Chambers, ie the barrister in charge, for about 10 years. We have developed to being one of the biggest sets of chambers in the country.

When I was young, most barristers didn’t specialise, but did anything and everything that looked like going to court. In my case, that included criminal cases, divorce and family law, commercial claims, and a lot of personal injury work. It was the latter that appealed to me, possibly because it combines so many aspects which I like. I get to travel the country, seeing different clients and families, doing my best to help, and usually succeeding.

The more personal injury work I did, the more I enjoyed it, and so I gradually became involved in more serious claims, including severe brain injury and spinal cord injury. By the time I was ready to apply to become a QC, that was the area I was most interested in, and I decided that I would specialise if I could. I've done nothing else ever since.